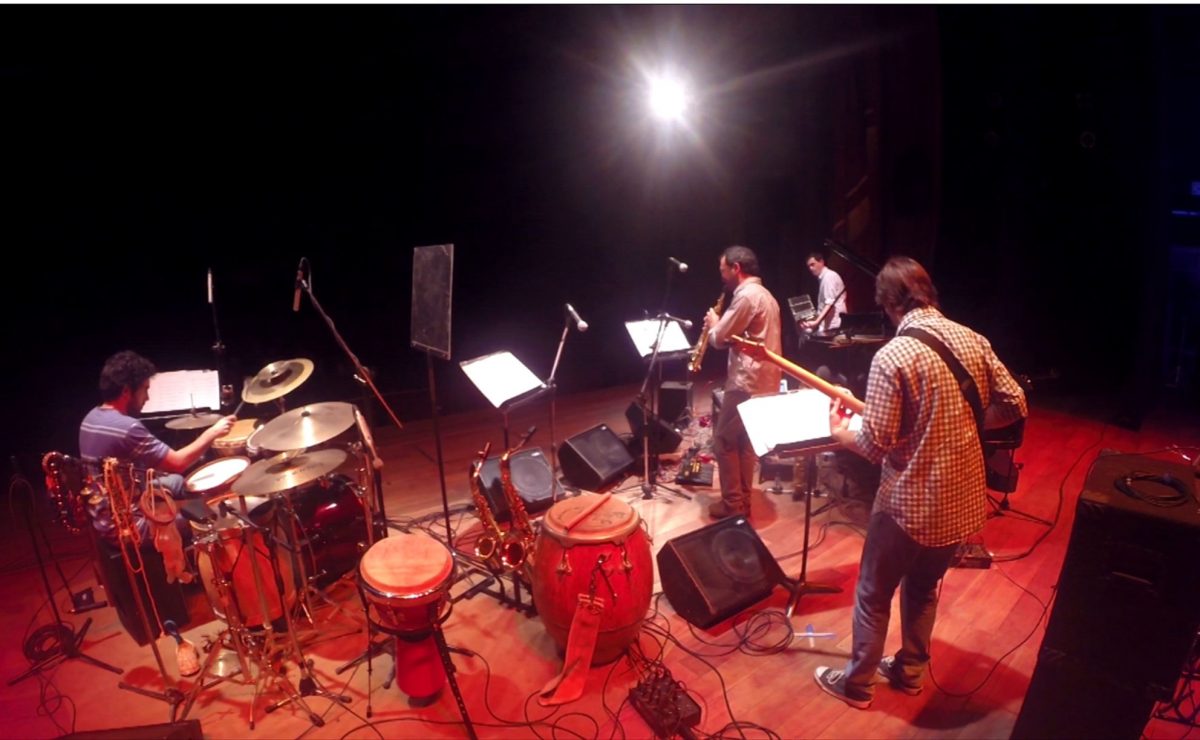 Napostá Cuarteto is a recent group that has musicians with experience in different formations and genres. Born in Bahía Blanca, this group seeks to make instrumental music rich in a variety of styles and sounds. The repertoire focuses on its own themes with folkloric roots that do not leave aside influences from jazz, funk, candombe, Brazilian music, etc., playing between composition and improvisation as a single world. The arrangements of other authors are also present with the same imprint. Given the rhythmic and timbral diversity of the group, Napostá has an interesting dynamic where new music is mixed with unique flavor, seeking to reflect, as the name of the group indicates, an identity with the music of their own town.

Napostá Cuarteto has performed in various venues and cultural spaces in its city and area, as well as in festivals and gatherings. Among them we can highlight the 4th FISA VIVE Art Contest during 2014, as well as the 2nd Popular Music Encounter at the Municipal Theater, sharing the stage with the Tabú Group and the Ernesto Snajer – Mariano “Tiki” Cantero duo.

Among others of his participation, we can mention the 10th National Meeting of Independent Musicians in Bahía Blanca, where musicians of the stature of Franco Luciani, Joel Tortul, and his group, among others, also participated. Another concert worth remembering is the one shared with Embichadero Dúo in Puentes Amarillos.

They were part in other cycles like “BANCA 25: Music asks for the word”, an initiative organized jointly by the Cultural Institute of Bahía Blanca and the Honorable Deliberative Council, where the musicians shared their projects to the community performing their concert in the same council building. Recently he also participated in the “Toco y me voy” cycle organized by UMSUR at the Cultural Center of the Cooperativa Obrera.

Finally, the group has had participation in educational spaces such as the Conservatory of Music of Bahía Blanca, Municipal School of Music of Trenque Lauquen, Universidad Nacional del Sur, among others.

They are releasing their new album to cyberspace called “Buscando Caminos”