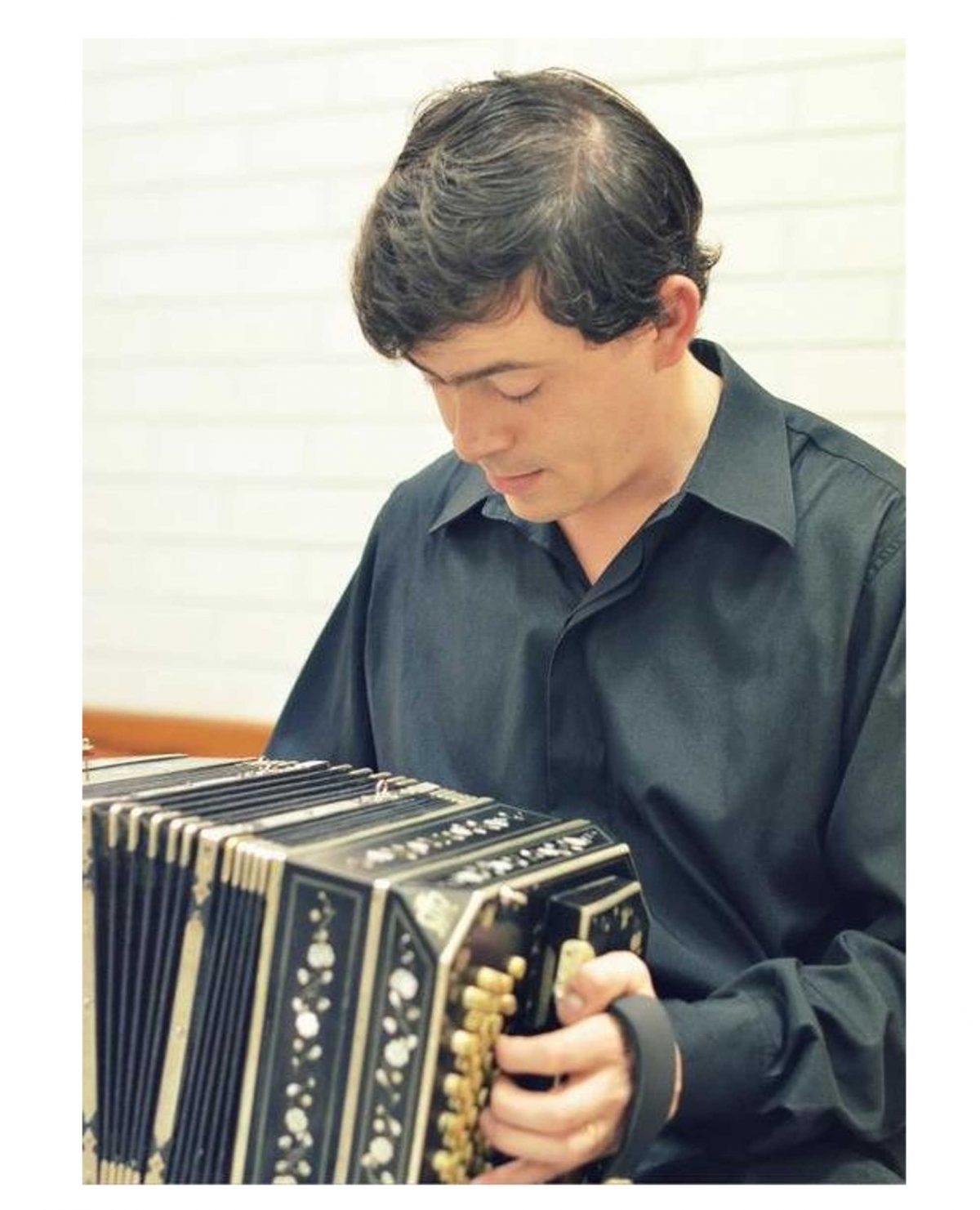 Born in Bahía Blanca, dabbled in music by studying the piano and saxophone at the Conservatory of Music in his hometown, he finished his career as Professor of Music (Saxophone), whose title is currently a teacher of different classes in this institution and in others.

In recent years, driven by bandoneonistic legacy of his grandfather, began studying the Bandoneon in all its facets, both by himself as an autodidact and through meetings with local and international referents.

He has taken classes with teachers Néstor Marconi and Pablo Mainetti among others. During 2017, he was selected to participate in the Dino Saluzzi Chair of the UNSAM, where he worked with the teacher Saluzzi and approached his works.

As bandoneon soloist has played with various groups such as bands, percussion ensembles or strings playing various arrangements and works among which are: “Five Tango Sensations” and the “Double concerto for Bandoneon and Guitar” by Astor Piazzolla, “Concertino for Bandoneón and Band” de Eduardo Rovira (release) as well as the “Quintet for Bandoneon and Strings” by Edgard Mauger, premiered with Quirón String Quartet.

In July 2010 debuts with the Symphony Orchestra of Bahia Blanca Concerto for bandoneon and orchestra “Urban Overture” by composer Luis Naón under the direction of Ruth Schereiner. During 2018 he also participated as a bandoneon player in the “Tango Oratorio la Creación” by Martin Palmieri.

During the same year, he premiered his own works and new arrangements for bandoneon and strings, creating the project “Contra las Cuerdas” in which seeks to address an original repertoire involving local composers.

From 2008 integrates the Tango group “Lucio Passarelli quartet/octet”. With Passarelli has fully participated in the recording of their last two records: “Después del silencio” (2012) and “Una tarde de otoño” (2014). as well as in symphonic tango concerts. During 2017 he participated with Lucio Passarelli of the Tangos Sinfónicos project. They are currently working on registering that project on a new album.

Since 2014, together with professors Iván Prosiuk and Gastón Ares, he coordinates the project of Orquesta Escuela de Tango “Típica en Conserva”, a space for production and training, with successful educational and musical results.

As a composer, he has developed his own works through Napostá Quartet, a group with which he proposes to reconcile folk music with other immigrant genres, thus seeking the identity of Argentine music from his local perspective.

During 2017 he premiered with Lucho Sellan (Guitar), the first recording of his project “Tangos de otros puertos”, an album that contains arrangements of unpublished compositions by musicians from his city and the area.

In his teaching, Julian teaches workshops within the Municipal Theatre and the Conservatory of Music, collaborating with the dissemination of this valuable instrument and tango music in the city. Currently, he is working on developing a method to tackle the tango and bandoneon for beginners.

Apart from his work as a teacher and musician he is the creator of “Bandomecum Project” and “ArchivoTango” web portals dedicated to the preservation and dissemination of this wonderful instrument, its history, and music.